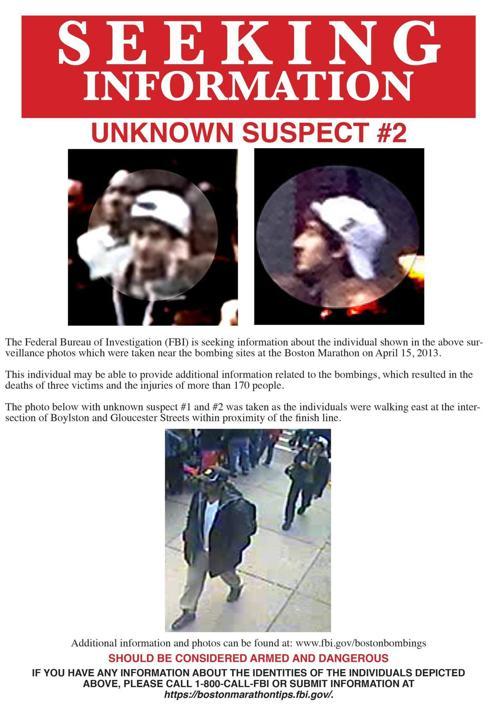 epa03667874 A handout image released by the Federal Bureau of Investigation of a wanted poster showing the suspects in the Boston Marathon Bombing during a press conference in Boston, Massachusetts, USA, 18 April 2013. Three people were killed along with over 170 others injured on 15 April 2013 in an apparent terrorist attack near the finish line of the 117th Boston Marathon in the northeastern US city. EPA/FBI / HANDOUT HANDOUT EDITORIAL USE ONLY